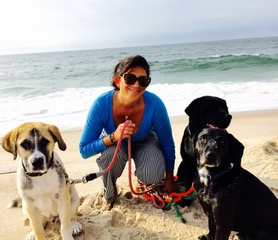 In addition to running a family, and making a transition back to a to a career (see professional page), Ruth Toporoff has participated actively to protect at-risk animals, especially dogs and horses.

Ms. Toporoff has volunteered and participated in drives for several noteworthy organizations including:

• Dressage 4Kids provides educational and competitive opportunities for youth horse riders and the adults who support them; and 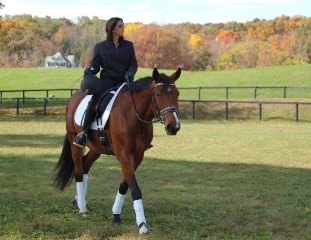 As a member of the United States Dressage Federation, Ruth rides and competes on horses in local and regional events. The sport of dressage, often mischaracterized or unknown in the United States, involves the artistic movements of a horse and rider in a dancing manner.

It can be compared to freestyle skating except on a horse instead of the ice. The rider controls the horse through very slight, often unnoticeable, movements, giving the appearance of being one with the animal.

Dating back to ancient Greece, dressage moved from the military to displays by European aristocrats in equestrian pageants. Many of the rules of modern dressage were derived from the Imperial Spanish Riding School of Vienna founded in 1572. Dressage became an Olympic Sport in 1912.

On a related note, Ruth Toporoff financially supported the Maccabiah Equestrian Games, the world’s largest Jewish athletic competition. The Maccabiah Games emphasizes the centrality of the State of Israel in the life of the Jewish people. The quadrennial games, known colloquially as the Jewish Olympics, facilitate a worldwide gathering of young Jewish athletes in Israel at the highest possible level.

Ms. Toporoff lives at Rock Gate Farms in Bedford, New York where retired and rescue horses are under her care. She participates in the market for dressage horses and has recently purchased a Dutch Warmblood horse from Amsterdam, “Evita,” trained to third-level (M1) dressage. A nine-year-old, chestnut dressage mare, Evita will be in the care of a dressage professional in Westchester County, New York.

Ruth supports other at-risk animals as well from a wide variety of organizations. She touts their unconditional love and believes the world would be a much colder place without them. Her support for animals takes all forms, from her personal participation at her own farm, to assisting worthy organizations by volunteering, to the provision of financial support.